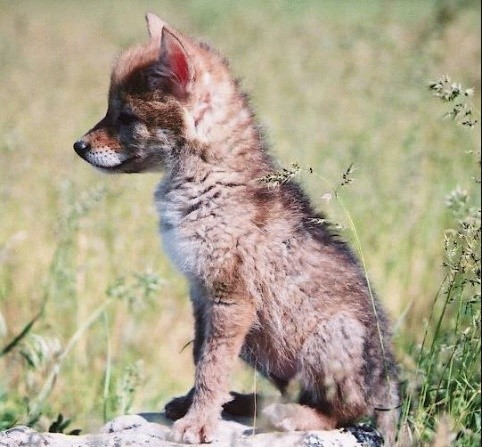 From Part 2: “I spent more time than I like to admit peering out from behind my curtains……just staring out at the blackness beyond, listening to the coyotes who were the innocent witnesses to a young girl’s horrific death.”

In Parts 1 and 2 I talked about my sabbatical leave study of ecosystems, which included a visit to a coyote research station in the northwestern United States. After getting comfortably ensconced in my “Visiting Scholar” house trailer and starting to go about the business of observing coyote behavior, I was shocked to learn that a former station handyman had recently been convicted of killing a young woman, a teenager whom he had probably also raped, on the premises. His conviction rested on circumstantial, not forensic, evidence. I worried that a possibly wrongful guilty verdict could mean a killer was still afoot. I particularly looked with suspicion at the station guard who patrolled the acreage at night. When I wasn’t fearing him, I was grateful he was there, which was a confusing feeling. I also realized the killer could even be someone I trusted, like the handsome station Director or one of the earnest grad students.

It was sad and sobering to look out on the open tundra where the young woman’s body had been cut apart and burned. To climb the stairs of the observation building where she had probably been violated and killed. To see the blood stain on the ragged carpet and the blood spatter on the walls. Blood spatter was common in the several coyote blinds (huts for conducting health studies). Maybe it was feasible that blood in the observation building was from coyotes, too. But it seemed unlikely. And when I saw similar dark reddish-brown spots on the nightstand lampshade in my own trailer, I shivered to think that a crime could have been perpetrated in my bed as well. Lying alone in the dark while the wind and the coyotes howled. While the guard prowled. While I wondered what I was doing there, far from my home with its down comforter, alarm system, and my natural alarm, my sweet dog Coco. I started to cry.

But I didn’t want to be afraid on my big adventure. It hit me that my fears—of what terrible thing had happened here in the past, of what terrible thing could, but probably wouldn’t, happen here to me in the future—were getting in the way of my being able to appreciate the glorious present. And I made a decision to give myself over to trust. Not trust in some god or other metaphysical explanation that comforts many, which I had abandoned since college. Rather, trust in what my own eyes and ears told me, plus that gut instinct that still surfaces in us, just as it guides all the animal world of which we are a part.

From what I read, a judge had seen fit to give the proper sentence to a dangerous murderer. Police, district attorney, and jury had worked to convict the right person. The station Director and his personnel, plus other young women who testified to the suspect’s sexual assaults, gave the powerful corroborating evidence needed. Yes, these systems can be flawed. But my gut told me that they had nailed it in this case. Nailed him.

With research and reason, I gave up control to the good that I hope is greater than evil in the universe. That change in attitude allowed me to do my work, appreciate the beauty around me, and still sleep at night. The guard (actually a couple guards, since they alternated) were never anything other than friendly and helpful, and I felt safer for having them there.

Remember I said that I was going through an angry divorce when this trip took place? I’d been nervous about doing the trip without my husband of ten years. But that became a metaphor for facing life alone and finding strength within myself.

My last day at the station, I visited the coyotes one final time. I packed a lunch and drove up a winding highway that paralleled a gorgeous river, lazy midnight blue in some places, rushing white water in others. I stopped here and there to take photos, or just to feel my breath catch as I looked out over the ice and snow, slender aspens and statuesque pines, and mountains giving a comforting hug to it all.

While I drove, I recorded myself talking. I spoke to my soon-to-be-ex of my disappointments in him and in myself for having ended up as we did. I spoke to our pets who no doubt missed their dad and didn’t understand why. I also raged and cried…and then raged and cried some more. I screamed out my frustration and loneliness and fears about the future. Finally, all cried out, I was able to move on. I reflected on what these two weeks had meant to me, the science lessons and life lessons, and how I had harnessed my own courage. Here and there I even smiled to remember my ex’s goofy smile and clever humor, how he taught me to love snakes (ewww ☹…I mean aaah ❤), the camping trips, the parties, and even the pregnancy losses that we had endured and cried over together.

It was a catharsis. In almost 20 years, I’ve never gone back and listened to those recordings.

What I have done is to take a look back at a few other things.

The killer of the young woman asked the state Supreme Court for a new trial. His appeal was denied. Life without parole remains his fate. Good!

The Director of the station left, reportedly on the basis of frustration with the inertia of the government agencies involved. I am inclined to think that this inertia has to do with a rude, or maybe just ignorant, disbelief in the scientists’ work. Individuals, coalitions and government continue to support killing coyotes in defiance of what science shows to be lack of risk to ranchers’ herds, coupled with turning their backs on other non-lethal methods of deterring predation that the research has long identified.

Finally, on that note, something else that I found is the most disturbing of all.

In 2014 (one year!) these were the following numbers of predators killed, predominantly on the basis of being a danger to livestock, as well as theoretically reducing deer population so that hunters can’t have satisfying hunts.

Humans murdered more than sixty-one thousand of these beautiful animals that mostly eat rodents. I just can’t wrap my head around this, nor the killing of those other essential predators, either.

There are times in life when I just throw up my hands and cry “Why?” As I saw those shocking numbers on my computer screen, this became one of those moments. Because what can I do about it? Even the station Director and his world class colleagues at the university could not make many inroads to the deeply ingrained thinking of some people—who misunderstand and thus foster hate for certain animals, whether through coyote killing, pit bull dogfighting, rattlesnake “roundups” (slaughters), whatever. All of these animals have a place in the web of life, though I’m not always certain that homo sapiens belongs there.

One regret I have about my visit to the station is that I wasn’t able to stay long enough to watch the outcome of the coyotes’ laborious Valentine date nights, the birth of their new pups around April. That would have been a miraculous sight!

Maybe these images can soften some of the sting of the bad things in life and remind us once again of the glory.